A detailed sedimentologic study of the Mezcala Formation allowed the differentiation of 22 sedimentary facies, the interpretation of the mechanisms of sediment transportation, environments of deposition and their relationships with the regional tectonic framework. The field study consisted of facies cartography, as well as the mapping of sandstone-shale ratios, paleocurrents and paleontological data analysis in the northern portion of the Taxco-Atlixtac basin. The facies distinction suggest gravity mass flows and episodic sheet flows related to storm periods. Sedimentary sequences are related to deep water environments. Eight facies associations constitute three Deep Sedimentary Sequences (SSP, as for their initials in spanish) and two sedimentation domains. These are, in chronostratigraphic order: Huixtac-Ojo de Agua (H-OATC) and Cerro Gordo-Taxco el Viejo (CG-TVCT). Both H-OATC and CG-TVCT domains developed erosive, mixed, and lobe depositional systems as well as transitional lobe-channels, interchannel systems, overbank and basin plain deposits.

The H-OATC is composed of SSP-1, SSP-2, and SSP-3 of late Turonian age. The paleocurrents patterns vary from SE85° to NW10° directions in the channelized systems, while the lobe successions vary from SE60° to NW20°. The CG-TVCT includes SSP-2 and SSP-3, where the channelized systems show sediment dispersal variations from SE10° to SW°40; on the other hand, the lobes systems have paleocurrent directions that varies from SE20° to NW60°. Paleocurrent patterns and facies analysis indicate that the Taxco-Atlixtac basin was confined by structural highs, and had a sedimentation distribution on the axis of the orogenic belt.

The filling of the Taxco-Atlixtac basin took place in three sedimentation phases, which were related to "soft vs. hard”, southwesternwards subduction processes between the Guerrero and Mixteca terranes. Phase 1 is related to a soft-collision process, during early Cenomanian time, which deposited the CTH-OA sand-rich submarine fans within a simple foredeep basin associated to the origin and development of the Pachivia basin. Phase 2 is related to the Teloloapan subterrane and Mixteca terrane hard-collision process, which favored the migration of the foredeep to the Taxco region, and the change from a simple to a complex foredeep. Also, the development of an orogenic belt took place during late Cenomanian and early Turonian time. This hard-collision process generated an improved confinement of the Taxco-Atlixtac basin, the development of an elevated flexure region and sand-rich and mud-rich submarine fan systems that formed both turbiditic complexes. Phase 3 was a period of relaxation and small growth of the orogenic belt, which developed mud-sand rich submarine fans in both sedimentation domains (DSS-3), as well as the complete filling of the Taxco-Atlixtac basin during late Turonian, possibly caused by a second soft-collision process. 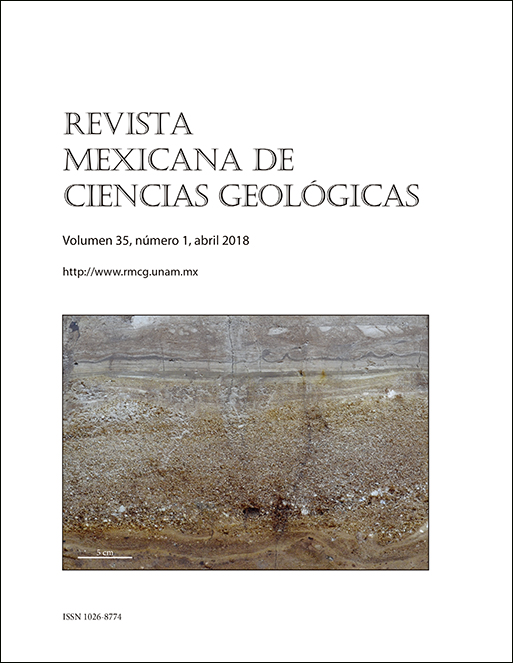