When a rockfall occurs, the main problem for the populations located at the foot of the slopes is that the block or rock avalanche produces personal and/or property damages. To quantify the risk involved in such geologic hazard it is essential to carry out mapping studies in order to identify susceptible areas and their risk level. Although the size of the mobilized rock mass can vary from place to place, the small size avalanches (< 100 m3) are the most frequent ones in mountainous regions. The hazard assessment mainly involves two stages: (i) detection and characterization of boulders source areas, and (ii) calculation of their reach distance and energy. In particular, the phenomenon of sudden falling rock boulders in the sierra de La Cabrera, southeastern edge of the sierra de Guadarrama (Spanish Central System), is a relatively frequent event. The areas from which detachment occur in the Paleozoic granite massif are on ridges and granite peaks of difficult access that are distributed by certain areas of the ridge cap. To locate and characterize the source areas, geological, structural and geomorphological data were collected. They have been integrated into the morphometric and statistical analysis of the digital elevation model of the study area. The cluster analysis of the data allowed us to identify four families of joints : J1: 80°, 212°; J2: 83°, 155°; J3: 83°, 83°; J4: 13°, 358 and J4*: 13°,178°. The joint planes form dihedral angles that limit the boulder geometry and size. According to their average spacing and the blocks found in the field, they can reach up to 12 m3. The joint assessment of field data and morphometry from the elevation model of the area has enabled to locate a set of detachment areas, in more detail than previous studies: geomorphologically homogeneous area with slopes >40° and oriented according to the prevailing tectonic pattern in the area (NNE and WNW).
To calculate the prone rockfall affected areas, numerical simula- tions were performed based on an empirical frictional Coulomb model. Geometrically, this model is represented as the intersection of a vertical cone with the topographic surface. Its apex rests on each source area and its slant height is calibrated as its slope (angle of shade) considering the GPS location of past events. The calibrated shadow: 25°–32° and open- ing: 16°–28° angles are not applicable to other rockfall sites, or source areas in the same site. The simulations show that a block of 12 m3 can reach more than 500 m, with speeds up to 25.7 m/s, and can get to the city limits with sufficient energy (about 104 kJ) to cause serious damages. Despite the simplicity of the empirical model used here, since it greatly simplifies the need to incorporate geomechanical parameters, the results obtained have allowed an exact figure for the maximum ranges and energies of fallen blocks, which is similar to those recognized in the field in case of a possible rock block detachment. 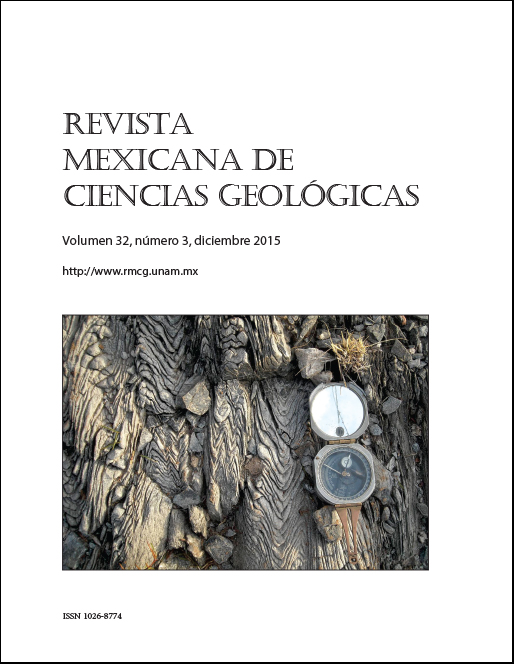